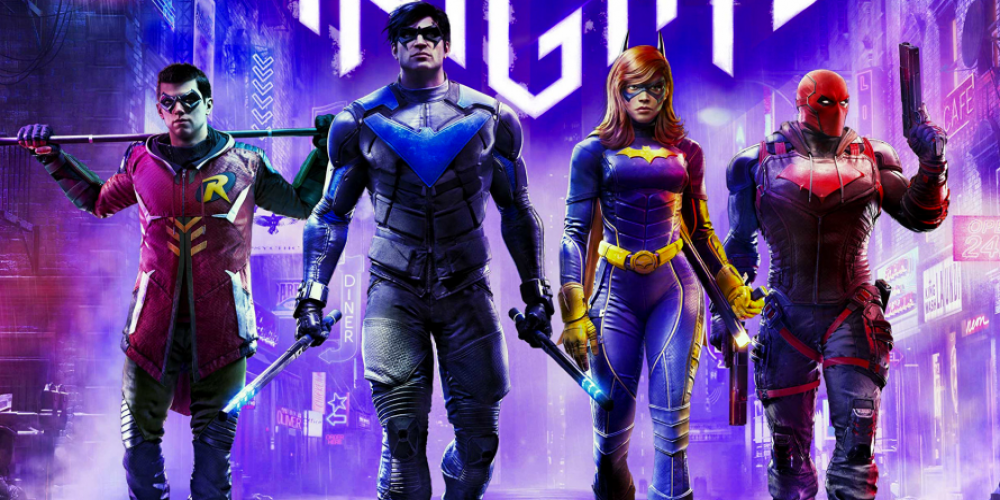 In the upcoming game Gotham Knights, Nightwing and Red Hood are two playable characters that each present a different playstyle. Both characters can use a glider and Escrima Sticks to fight their way through the city. Red Hood uses firearms for more powerful long-range attacks, while Nightwing uses acrobatic skills to predate his enemies. It features Nightwing and Red Hood as playable characters. Nightwing is an acrobatic close-range fighter who can add shock and freeze damage to his Escrima Sticks.

Gotham Knights is a game coming out on October 25th, as a follow-up to Arkham Knight. This game is set to have four playable characters, Nightwing, Batgirl, Robin, and Red Hood. The game is set to have a combat system with parries, dodges, and special strikes, as well as a navigation system that allows for stealth-like gameplay and careful movement between buildings. This trailer only has gameplay of Nightwing and Red Hood. It will most likely be released in a later trailer to include Batgirl and Robin.

Nightwing is an acrobatic close-range fighter and can add shock and freeze damage to his Escrima sticks to stun his enemies, allowing for quick combos. He utilizes a glider to navigate the city. Red Hood is a firearm user and uses long-range attacks with an emphasis on punishing enemies before they can close the distance. He has the ability to springboard through the air and can navigate the city by using the energy of his soul.

The trailer also hints that the Court of Owls is introduced early in the story, rather than revealing their involvement after a slow-burning mystery. It also showcases what combat against Court of Owls members looks like. Gotham Knights is set to release for Xbox Series X|S, PS5, and PC on October 25th.